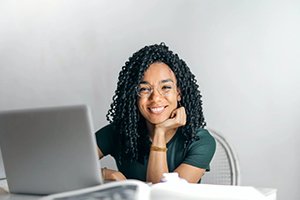 Are women in STEM really more than a quota?

Advancements in information technology continue to transform society, but women are largely out of the loop. While they surf the web and game as much as their male counterpart does, they usually don’t take part in creating said platforms. It is mostly men that design, create and implement new technologies. The STEM fields are likely to stay as they are, unless we do something about it.

Before diving into why there’s a gender gap and what we can do about it, let’s cover why it matters at all. After all, half the population is female, why shouldn’t there be more in science, technology, engineering, and mathematics (STEM) fields, too?

WHY WOMEN IN STEM MATTER

Women are more likely to die in car accidents, why? Because test dummies are designed with the average male in mind.

What’s more, a study in the 60s revealed that women’s metabolism is much faster than men’s, causing office temperature to often feel too cold for them and thus lower their performance. Similarly, personal protective equipment is made with the male body in mind, causing misfits with women worker. Talk about dangerous practices!

Many research on chemicals are focused on absorption through the skin, but what about nails? Why do the typical A1 architect portfolio fit under most men’s arms and not under most women’s? How comes bricks are the perfect size for an average man’s hand but not a woman’s? Why do voice-activated technology work better with men? How is it that so many things not work for so many women?

Men design products for men. It is not ill-intentioned, but it is often the case. How are we supposed to test new technologies for the entire population if there are little to no female in the field?

It goes beyond safety concerns. The economy itself can greatly benefit from more women picking up STEM studies.

With the increase in automation and the shift in skills requirements, STEM jobs are few of the fastest growing. Not only are they in high demand, but some are also the highest paid.

Despite this trend, STEM positions are hard to fill. This means slower, or even halted, advancements in the future of science and engineering.

While women make up half the world’s population, little are found in STEM fields. In Canada, just 13% of licensed engineers are women. Long story short, a clear solution to the shortage of STEM professionals is having more women take part.

On top of that, an improvement in the number of women in STEM could increase the global GDP by $12 trillion within the next 5 years. So where are they? What are we waiting for?

I also have been a woman flirting with STEM. As my first tertiary study, I followed a course in game engineering and found my share of discrimination. We were a dozen women in a group of hundreds of men. It’s like the girls were under a constant microscope.

After a project, a teammate complimented me: “Normally I hate working with girls but you’re the exception. You actually do stuff.” Uh, thanks, I guess.

Why are there less women in STEM?

I finished the first year in passing colors, but left shortly after. While I tell myself I quit this study because of job security and hobby conflicts, there’s definitely a hint of aversion in how pressured and objectified I felt. I was part of the more than half of women that choose to leave their STEM career, in my case, before it had even started.

Salary gaps and a lack of trust in women’s ability to compute any sort of code are common culprits as well. Colleagues and managers alike are often tempted to double-check everything a female co-worker does due to underlying bias and discrimination, especially in STEM fields. Isolation, hostility at the workplace and lack of feedback also contribute to their common departures.

On my end, I have since rejoined the STEM world in the area of information management. While natural and physical sciences have nearly 50% women with post-graduate degrees, information technology remains at 30%, and engineering at 20%. The gap continues to be apparent, especially when we consider that in over 200 countries, only 5 report a higher count of female than male graduates in STEM fields.

When I was little, I thought I’d be an astronaut. However, I was always drawing and surrounded by creative minds that told me I should be a designer. “Girls don’t belong in science.”

Maybe I could have joined the 10% of female astronauts, but that was only ever a childhood idea. That’s alright, because if we all followed those dreams, we’d all be doctors and movie stars.

For many people, doing a career test that tells them “engineer” never goes anywhere. How many children know what an “engineer” is at all without having a parent in the field? Too little. What’s worse is that young girls are often dissuaded early on: “physics and math really aren’t fit for girls.”

Meanwhile, many creative children are told in career tests that becoming an artist is the only option. As a child, you think “this sounds great!” Many people make the false assumption that creativity and STEM are mutually exclusive. The truth is that STEM also includes visionary fields, inventive projects, and creative role models. This is the information we need to spread.

HOW TO MAKE A DIFFERENCE

If STEM is to continue supporting our entire society in the future, it should at least employ a decent number of what it is trying to represent.

Being a minority, people tend to think women are positively discriminated against. “They hire women in STEM fields just to meet quotas.” In fact, a study revealed that as little as 3.7% of male STEM graduates between 25 and 64 were unemployed, against 3.5% female STEM graduates. You would think that 0.2% difference speaks for itself, no?

Others like to look at math scores and generalize: “Most women don’t score well on math tests, therefore all women are bad at math.” This generalization isn’t limited to men; women do it too. We are not perfect in the way we judge others; we often default to social norms and stereotypes, but it’s important to inform ourselves and others. Ignorance has always been the culprit of many problems and continues to be. Let’s be open-minded.

While the amount of female graduates has tripled since 2005, we are still far from balance in the STEM world. We have to be inclusive and encouraging to anyone that shows interest in the field; the right job isn’t based on gender, it’s about fit, attitude and skills.

Changes are happening, but very slowly. Women need to help each other out, men need to welcome them, and we all need to grow together. Role models, organizations, education, we all have our role to play in bringing women in STEM, and helping them strive. Women in STEM are more than a quota to meet.

One step at a time, our world can become more inclusive. Let’s start with including women in STEM.